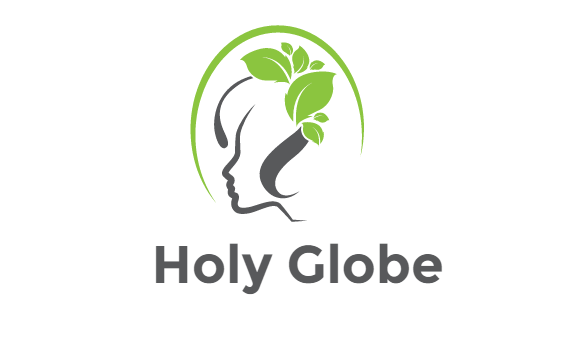 Is Female Hair Influencing Physical Attractiveness? Science has revealed many secrets about sexual attraction. We know that the signals of youth in a female such as face shape, body ratio, smell and hair colour are linked to attraction. Each of these cues can tell us a story about the individual. But you may wonder what story a female hair can tell us? Why it’s so important for men?

David Buss, one of the most famous evolutionary psychologist suggested that since a man can’t simply look at a woman and know her fertility status, men often look for physical cues that signal if a woman is healthy and capable of giving birth to a healthy offspring. The length and quality of women’s hair provide an observable record of an individual’s recent health and nutrition. Shiny, strong hair provides a cue to good health, developmental condition and reflects genotypicquality.

Researchers from North Dakota University (Hinsz, Matz and Patience, 2001) collected hair samples and information from over 200 women ages 13 to 73 and found that hair length and quality were strong cues for youth. Younger women tended to have longer hair than older women. Studies find that hair grows fastest among women around the ages of peak fertility and hair samples that beauticians rated as higher quality came from women who self-reported to be in better health.

Desmond Morris in his famous book, The naked ape, acknowledged that men prefer adolescent features. He noted that the head hair differs remarkably between the two sexes and consequently provides a secondary sexual characteristic.

According to David Buss, different hair colour can provide different information about individuals’ health and fertility. Men often associate blondness with youth, as the hair colour is usually lighter early in life and gradually darkens later.Additionally, during pregnancy it becomes brittle and sometimes darker, signalling reproductive unavailability. For these reasons many women highlight, lighten or dye their hair to attract men.

This view is supported by a Polish researcher called Piotr Sorokowski (2008), whose studysupported the idea of the evolutionarily formed male preference for blondes. Since men rated blond women younger and rated younger women more attractive, he concluded that blond hair may serve an age cue for men. Consequently, in a second study, he found that middle-aged women are more likely to dye their hair blond. Younger women are already young, so they don’t need that cue to appear attractive; consequently, young women of all hair colours appear equally attractive. But, when mature women dyed their hair blonde they were rated more often attractive than their non-blonde same-age peers. But, when the women were much older, men didn’t favour blond haired women. This may be because in older women blond hair resembles greying hair, which doesn’t provide a clue to the reproductive value. While there are evolutionary preferences for lighter hair colour, there could be learned associations between hair colour and age in different cultures.

In 2009, an American study led by Jonathan T. Rowell and Maria R. Servedio proposed that it is not so significant that maybe men prefer blonde women on average. They proposed that male preferences help avoid competitive pressure from other males as most men fall into groups liking different kinds of women (differentiated by hair colour and other combination of traits) and therefore, they could remain friends as they do not need to compete with each other. This idea somewhat matches with Piotr Sorokowski’s finding that young women of all hair colours appear equally attractive.

In another more recent study, Sarah R. Hart and Terry F. Pettijohn researchers from Coastal Carolina University investigated colour preferences among college men depending on fertility views of these men participants. They were primed by either high or low fertility prime. Two articles were used to prime participants to think about fertility levels as low and getting pregnant as challenging, or fertility levels as high and getting pregnant as easy. Blond women were rated as more attractive than brunettes in a high fertility prime condition and a similar preference for brunettes and blondes was shown in a low fertility prime condition. Men may have preferred the blonde model over the brunette model in the high fertility situation because of the cue of blond hair underlying qualities that support reproduction. In low fertility situation, they didn’t have the desire to reproduce so they preferred the brunette as she was not a signal of fertility, therefore, more attractive than the blonde. This study may indicate that environmental conditions − perceptions in this case − also appear to influence mate preferences. However, there are other factors as well that affect perceptions. For example, the idea of blondness is socially promoted by the popular media; the evolutionary reason for preferring blond women is highly exaggerated.

In 2012, a French researcher called Nicolas Guéguen made a nightclub study and he found that blond women were more frequently approached by men than brown and black haired women, while red hair women were less frequently approached than brown and black hair women. Therefore, the red hair was associated with less attractiveness. The scarcity of red-haired individuals could be associated with a relative rarity of red hair in most populations, which enables stigmatising attitudes in the population; negative stereotypes associated with red hair may explain its negative effect of red hair. However, overrepresentation of light blondes and dark brown hair brunettes on the front covers of Maxim magazine may support the idea that uniqueness is attractive and rare hair colours are preferred over average colours (Anon, 2008). This study somewhat contradicts to the finding of the night club study.

Besides, in 2008, Andrew J. Elliot and Daniela Niesta found that the red colour enhances males’ attraction to females. It is possible that female red is just a by-product of the underlying physiology of sexual excitation and males are able to respond to these cues. Diana Wiedemann, Robert A. Barton and Russell A. Hill noted that wearing red enhance performance in human contests and red colouration signals both biological (health, testosterone, dominance) and emotional states (anger, aggression, danger, passion, arousal). Red may cause ambiguous feelings in humans as positive and negative emotions are associated with the colour red. Therefore, theories related to red hair are rather ambiguous.

In 2013, researchers (Verlin B. Hinsz, Casey J. Stoesser and David C. Matz) from North Dakota University investigated how different psychological theories are intermingling on hair colour preference. Their results primarily support traditional evolutionary psychology predictions and occasionally the repeated exposure hypothesis (people prefer the hair colour on mates they are exposed to most frequently), but not uniqueness predictions (desire for the least common hair colours).

As we can see many secrets about sexual attraction are revealed, yet we can’t rely only on evolutionary theories that are associated with mate preference and attraction, the preferences for hair colour are influenced by social, cognitive and motivational factors as well. Yet, we can conclude that in general, there’s a preference for blond hair as it’s associated with youth and fertility.